We have been very fortunate with the weather at the start of this month having some very warm days. However the mornings and evenings remind us autumn is approaching being chilly and sometimes misty but it has felt as though summer has been prolonged for a little while longer. The photo below was taken on the 6th September. 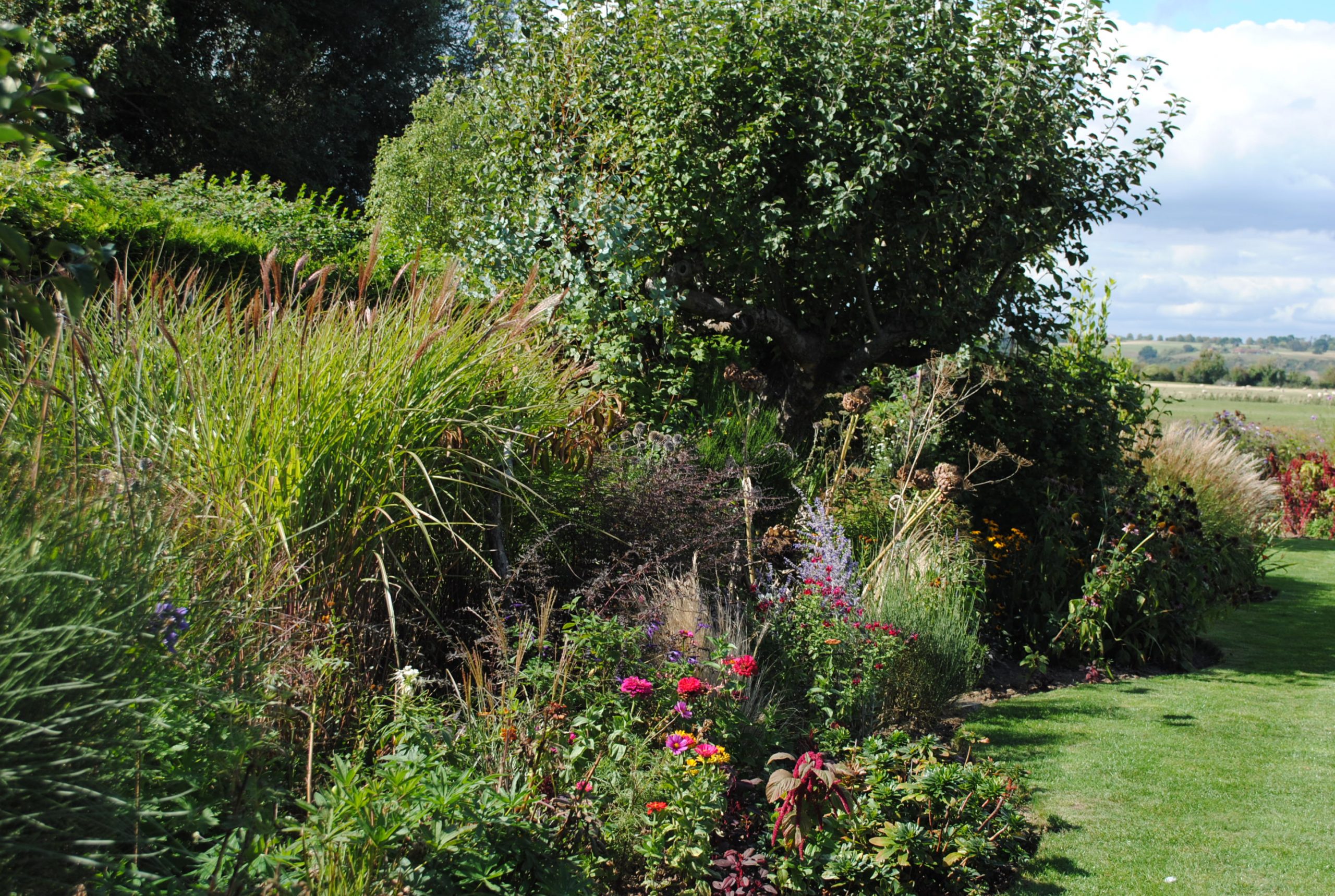 The main thing at this time of year is that the days are noticeably shorter which has a bearing in the garden. Light is extremely important for growing. Most plants need at least 10 hours of light per day to grow.  Otherwise, they go into a state of dormancy and stop growing until they start getting enough light per day to continue growing. The amount of light tells a plant what season it is and therefore what it should be doing. At this time of year plants are setting seed, reproducing before it gets too cold.

However, there is still a reasonable amount of colour in the garden, the rudbeckia and last few flowers of the crocosmia. 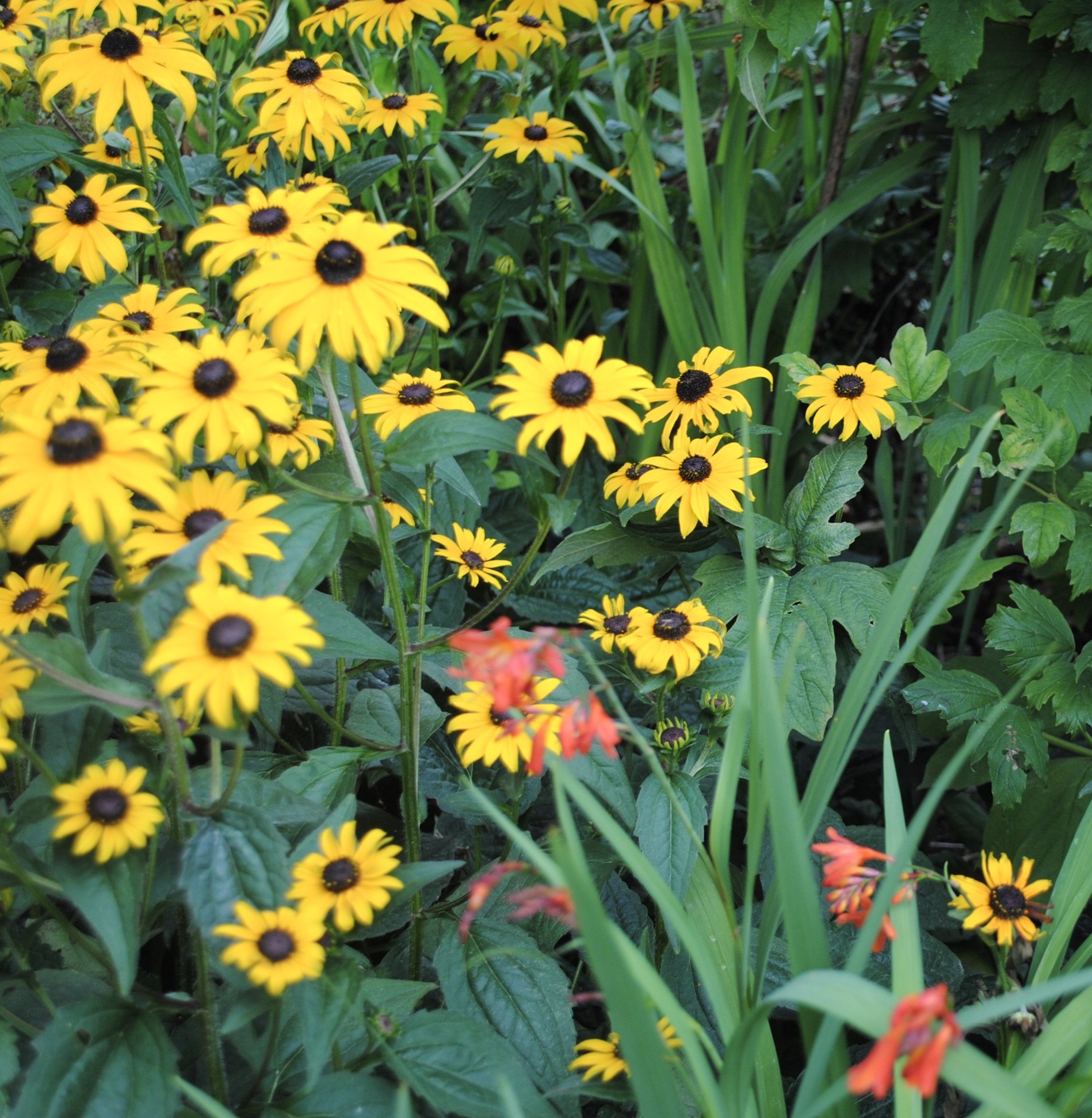 The second flush of delphinium and scabious have helped and of course the dahlias keep on flowering, if only we had more. The roses are blooming again although a couple of climbers do not seem to have stopped. 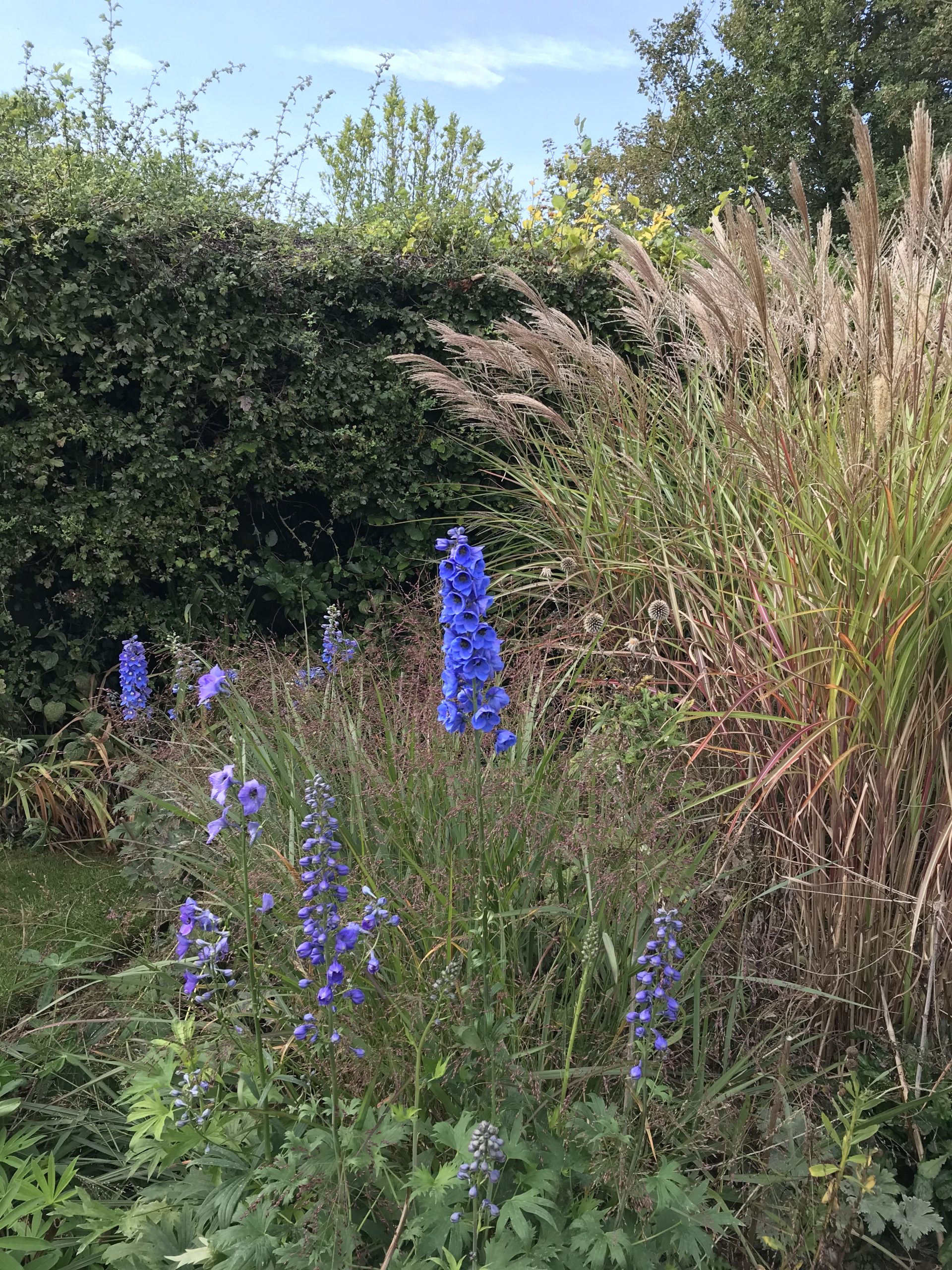 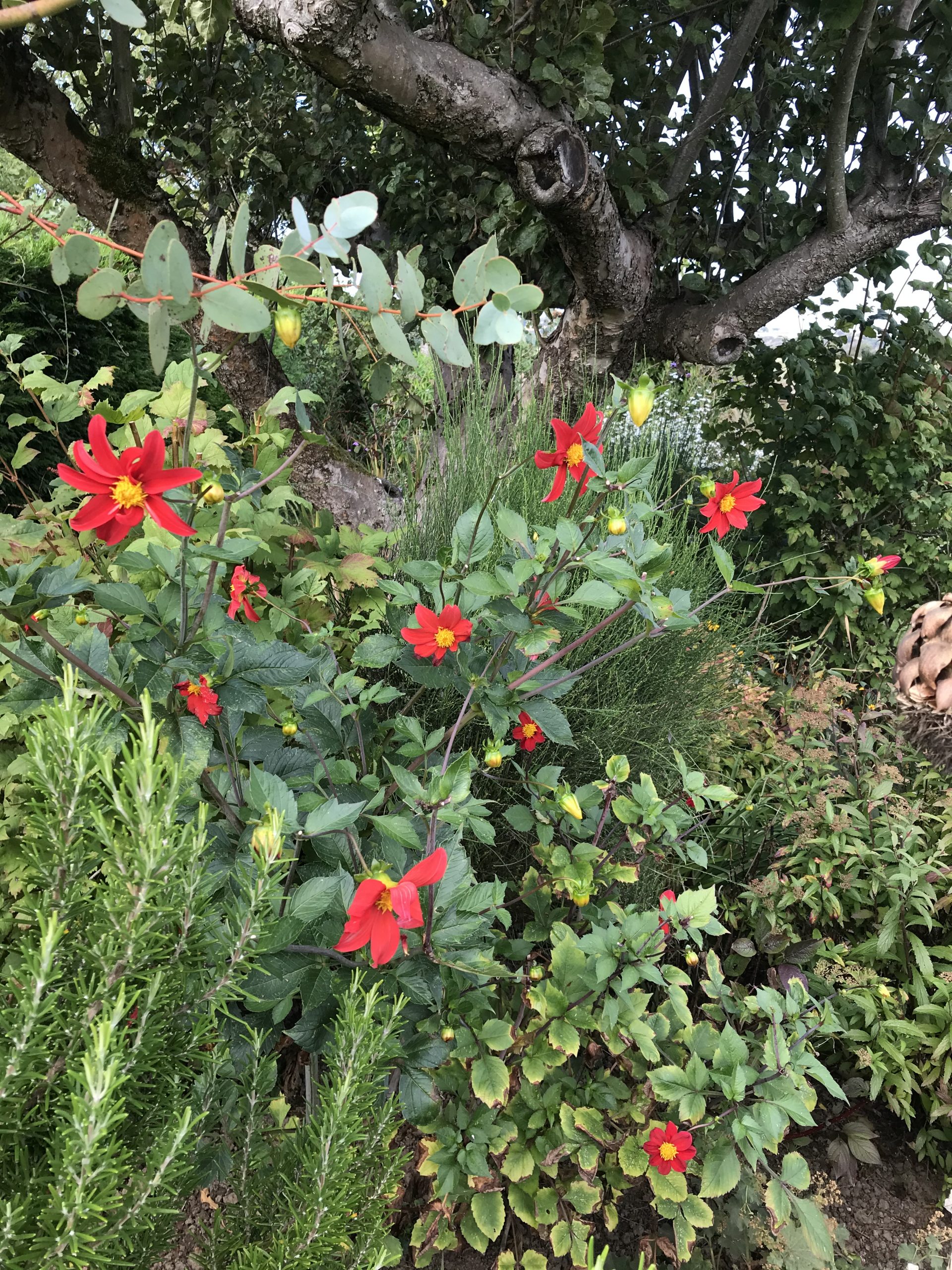 But still waiting for the Cafe au Lait to flower! At least the other dahlia’s are doing their thing. 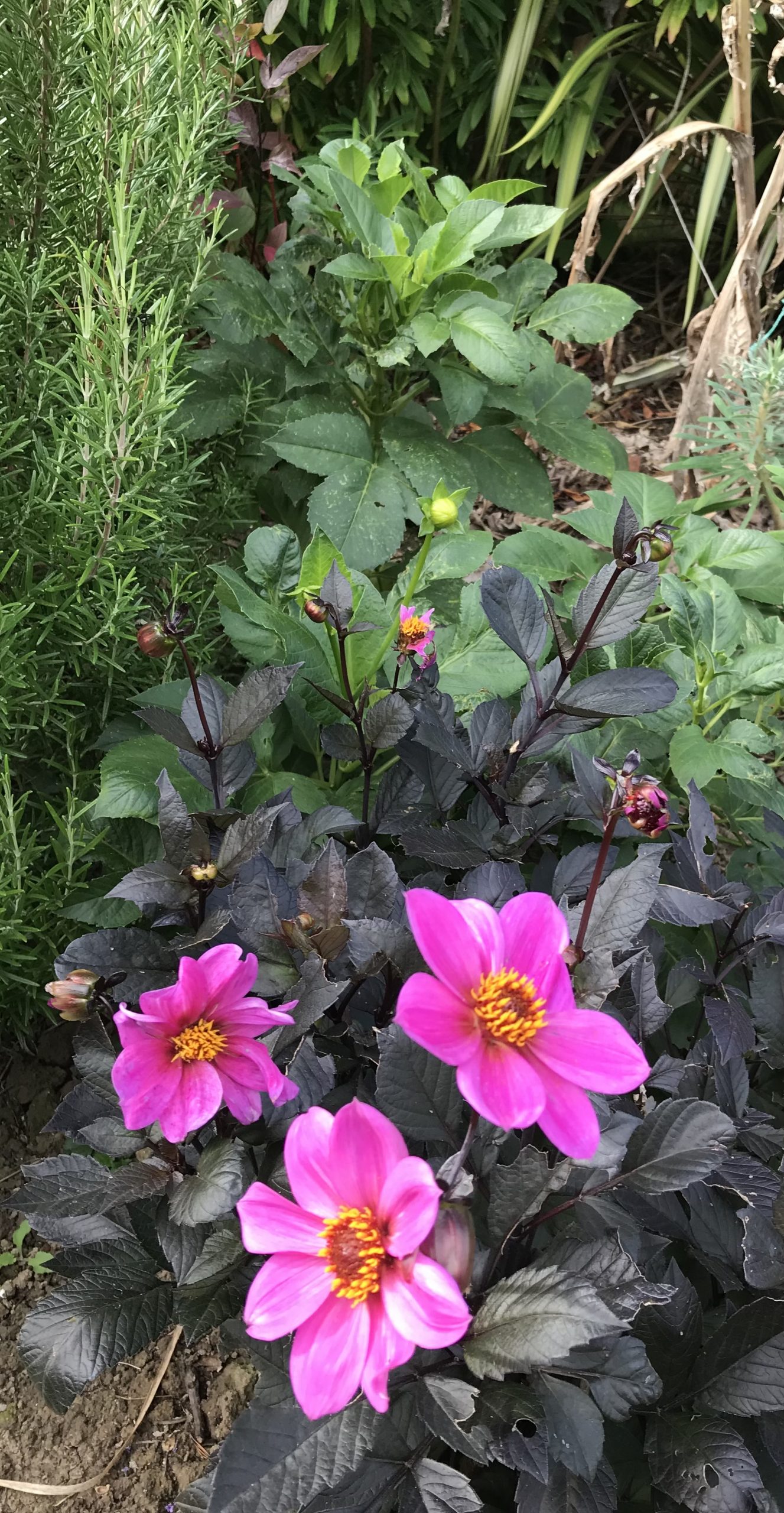 We have quite a few grasses which add colour along with height and movement. We leave them until February before cutting down to give the garden continued interest and vital food for birds. We have Miscanthus, Stipa, Panicum and Pennistum varieties all of which have a different flower/seed head. 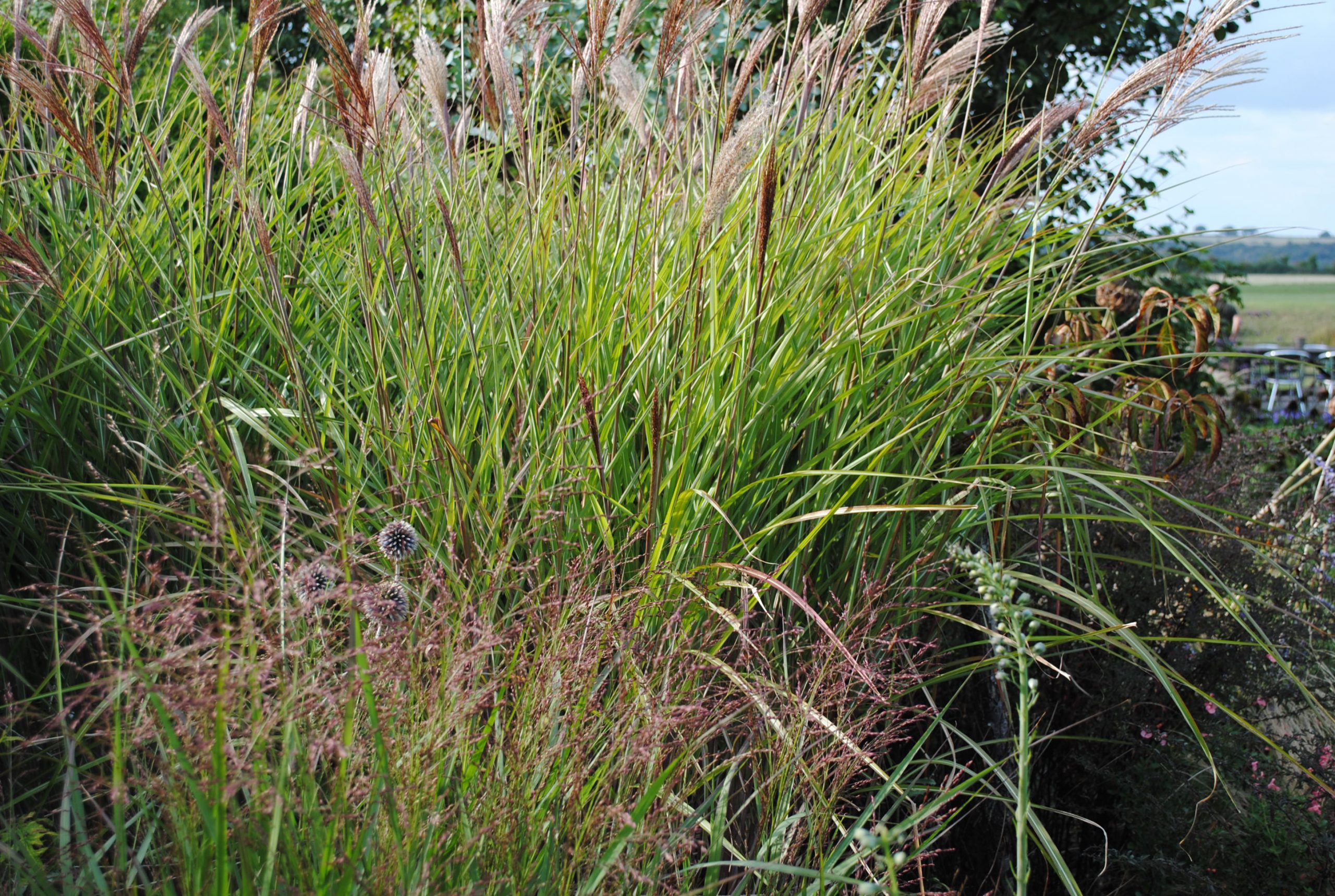 They are great too in flower bouquets, other than the sunflowers all the blooms and foliage are from the garden in the bunch below. 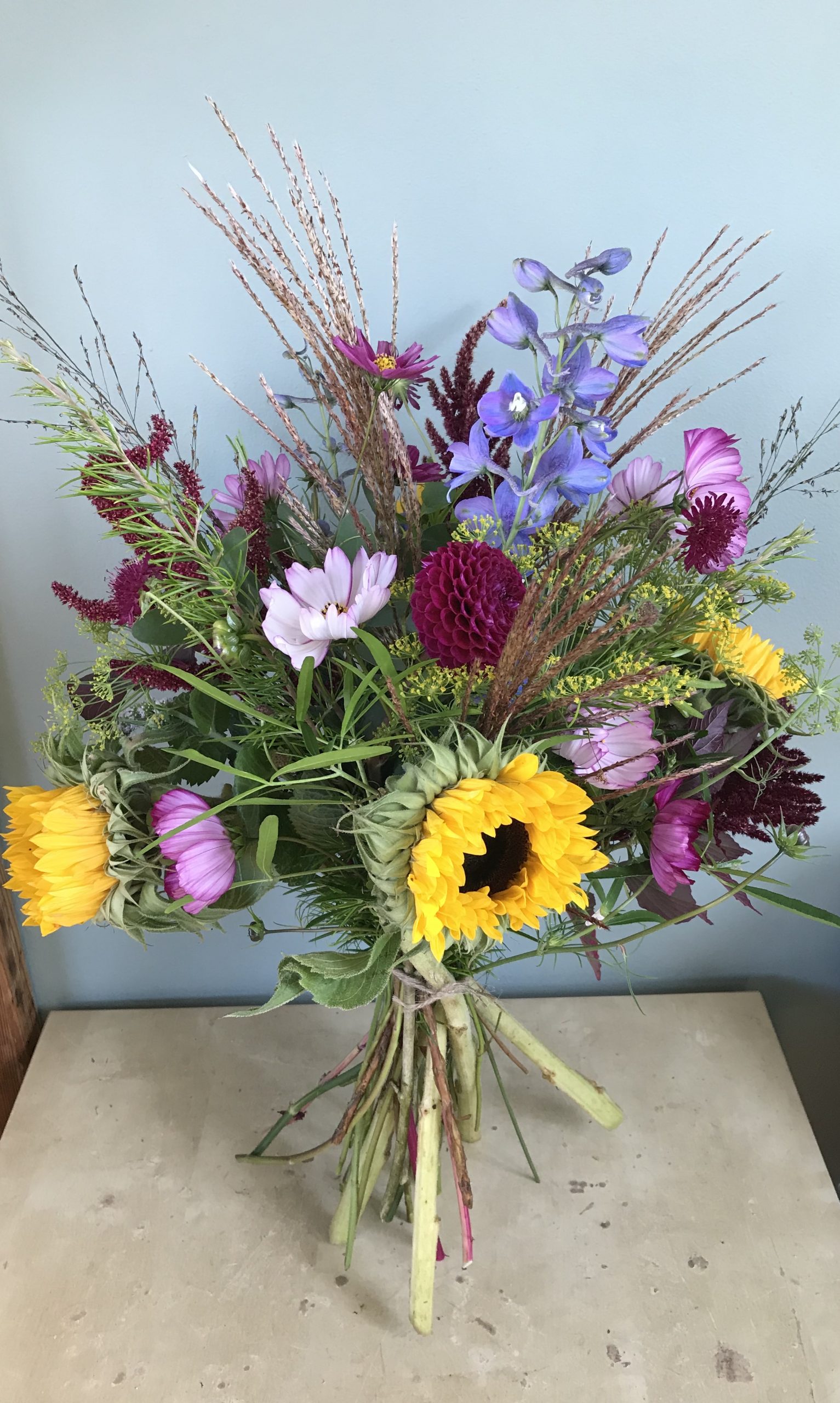 September is a good month to move, lift and divide plants so long as the soil is not too hard which I have to say ours is at the moment. But we have still identified what needs to be done. Number one on the list is to remove all the oxeye daisies, I know it might seem harsh but I am a true believer in getting rid of what does not work or in this case what creates too much work – they just self seed to the point of taking over.

Any annuals which have had their day can be pulled up like the bupluhrum and the perennials cut back to ground level. We tend to leave anything with a seed head like dill, fennel, echinacea, the cardoons and artichokes as they are a great source of food for the birds and can look good too.

The late fruiting raspberries are doing really well this year and still producing daily pickings, I am having to freeze them as we cannot eat them all. The earlier flowering ones need to be cut back now. Also I have stewed our apples and roasted hubby’s tomatoes before freezing. The tomatoes add such flavour to pasta dishes, stews and numerous other recipes.

It is also a time to think about next year from a design point of view which does overlap with the decisions on what needs moving, along with additional plants. Annuals can still be sown directly into the soil whilst it remains warm and spring bulbs planted. We do not have a great deal of bulbs but I am determined to plant some perennial tulips. I have ordered a nice selection from Sarah Raven, varieties Artist, Groenland and Spring Green. 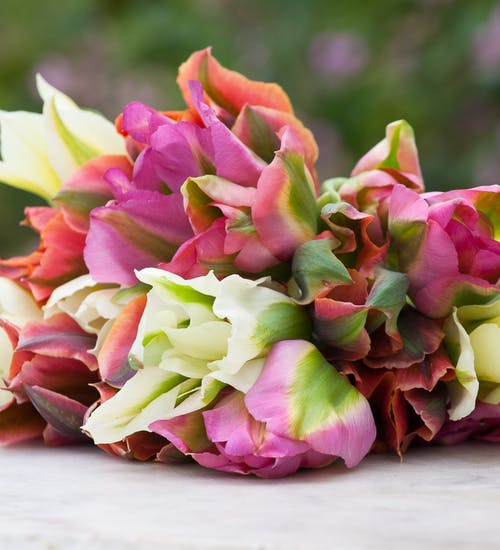 I have received the seeds I ordered, most of which can be sown under glass now until next March. I usually sow seeds in the spring but I am going to give autumn sewing a go this year. I am so looking forward to seeing the wonderful Amazing Grey poppy in flower. Hope mine look as good as these! 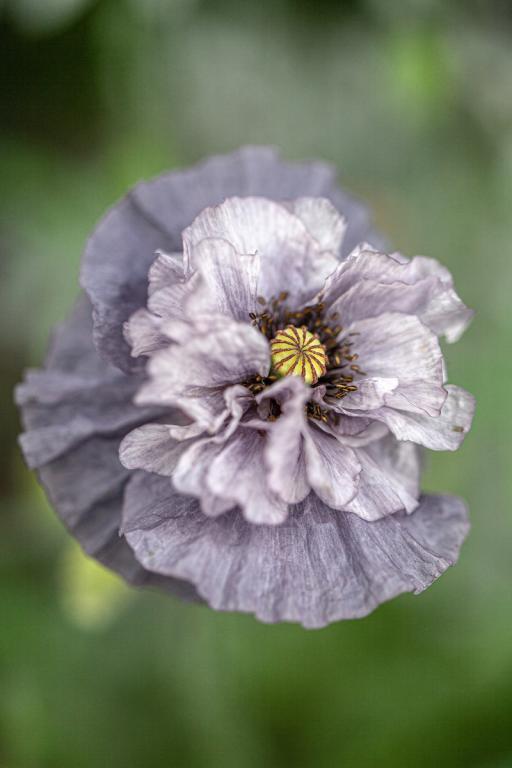 The tomatoes need gathering, as the days get shorter and cooler there just is not the sun to ripen them but there is plenty you can do with a green tomato! I did hear though on Gardeners Question Time that you can ripen tomatoes by putting them with banana’s, it is all in the ethene they give off. However the tomato must have started to colour, it does not work with a completely green one.

The leeks are filling out and the courgette plant is still supplying us with fruit. I decided to pick the rest of the apples as we had such high winds recently that I thought they would be blown off and too bruised to use. Another batch to stew and freeze.

So we now approach the end of September and have had a lovely sunny afternoon but I feel that may be the last. The lawn has been mowed and over the next few weeks we will continue to tidy, cut down and sow/plant for next year.

For this months bunch I literally walked round the garden snipping what was in flower so we have cosmos, dahlia, delphinium, michaelmas daisy, sedum, amaranthus, crocosmia seed head, grasses, fever few, rosemary, choisya, snowberry, eucalyptus and cotinus. 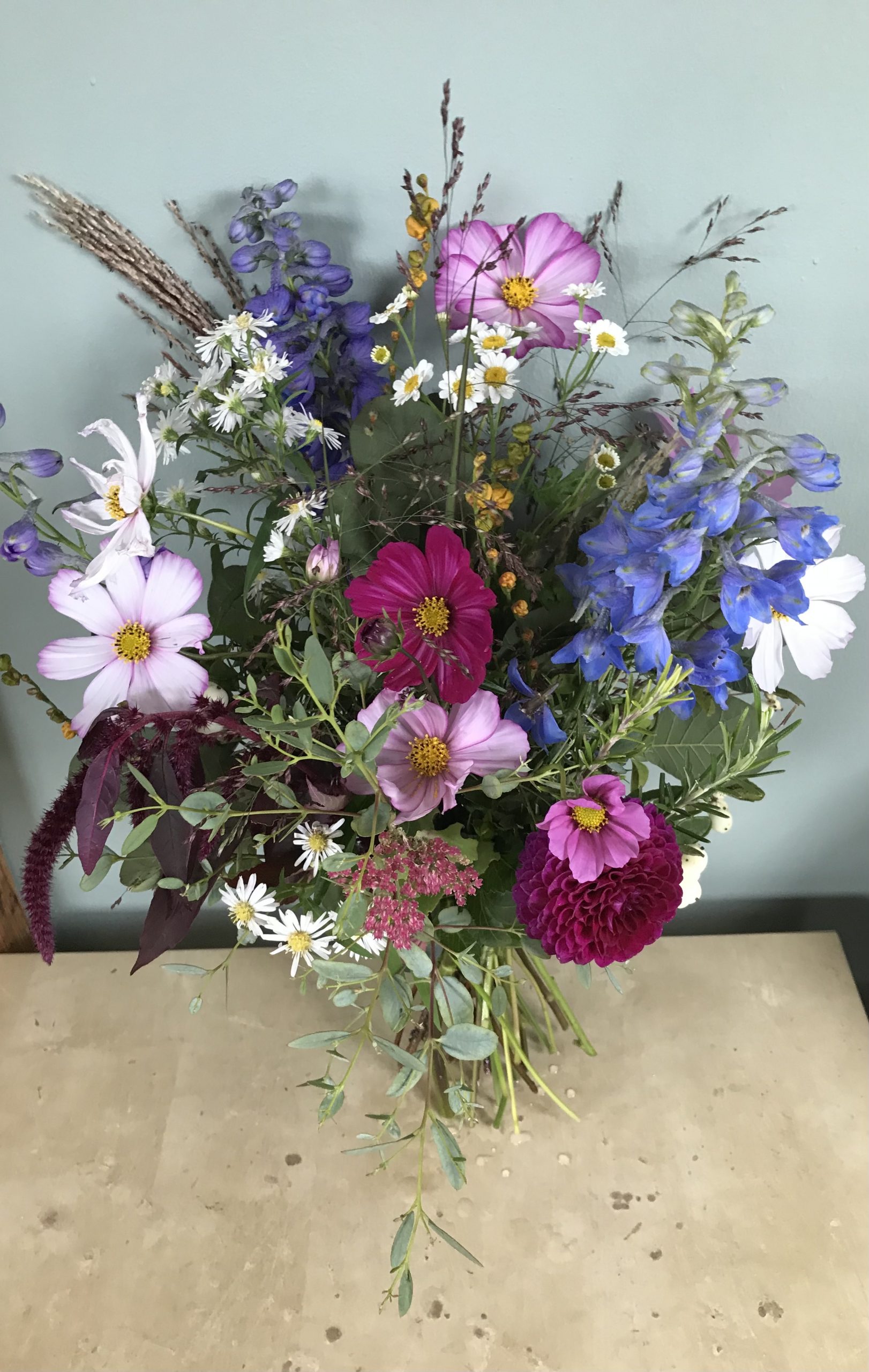