So we are now in Autumn and there is evidence all around. The garden is gently shifting into another season. There are probably more seed heads than flowers and the leaves starting to change colour. As Erin from Floret Flower Farm says, ‘it is the time of year to tidy up and put the garden to bed’.

Orange, red berries could not shout autumn louder if they tried. Below is the pyracantha strutting it’s stuff and the birds are loving it. 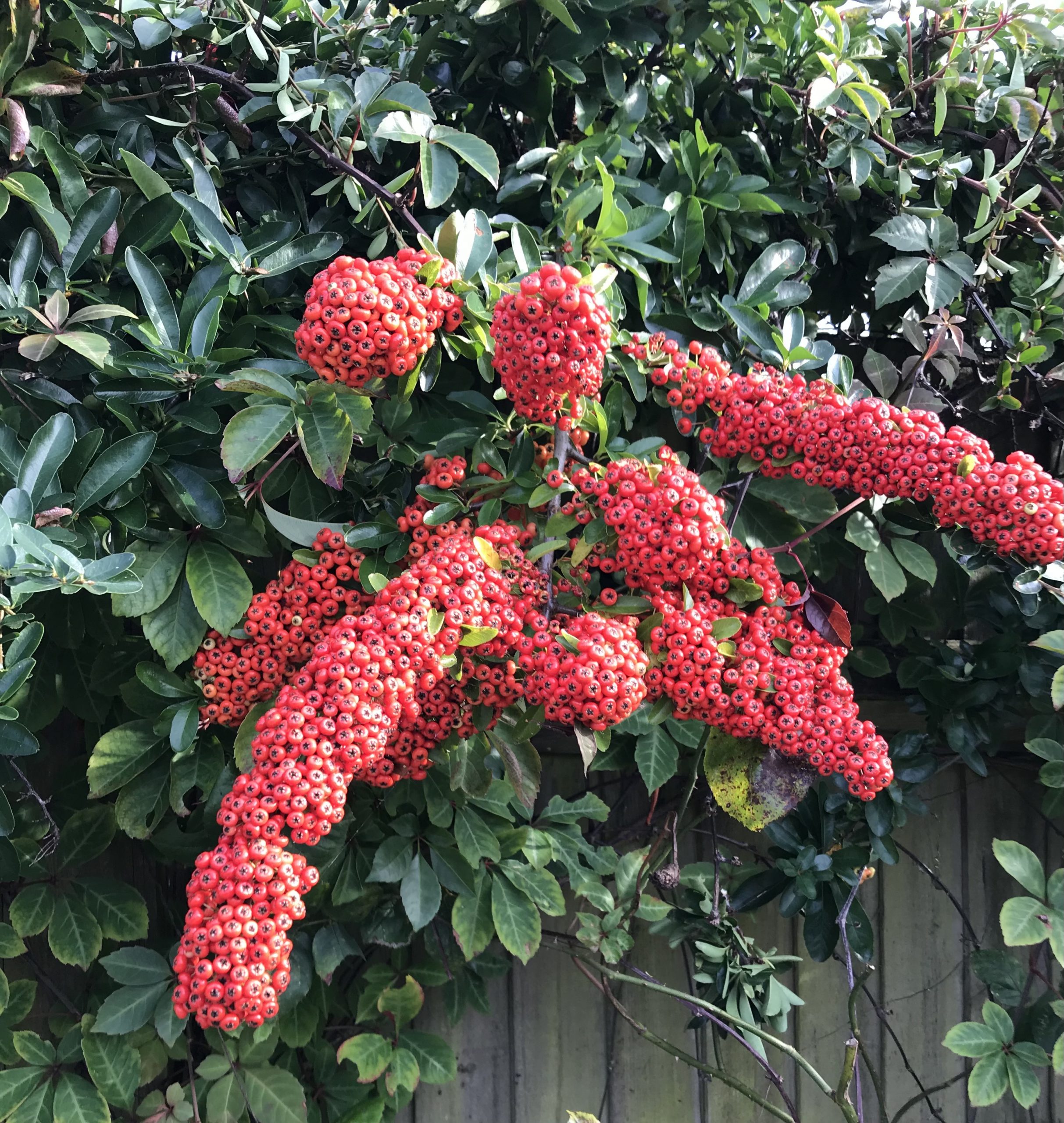 The garden is still looking pretty good and the grasses I mentioned last month are certainly helping but you can see the shadows lengthening. 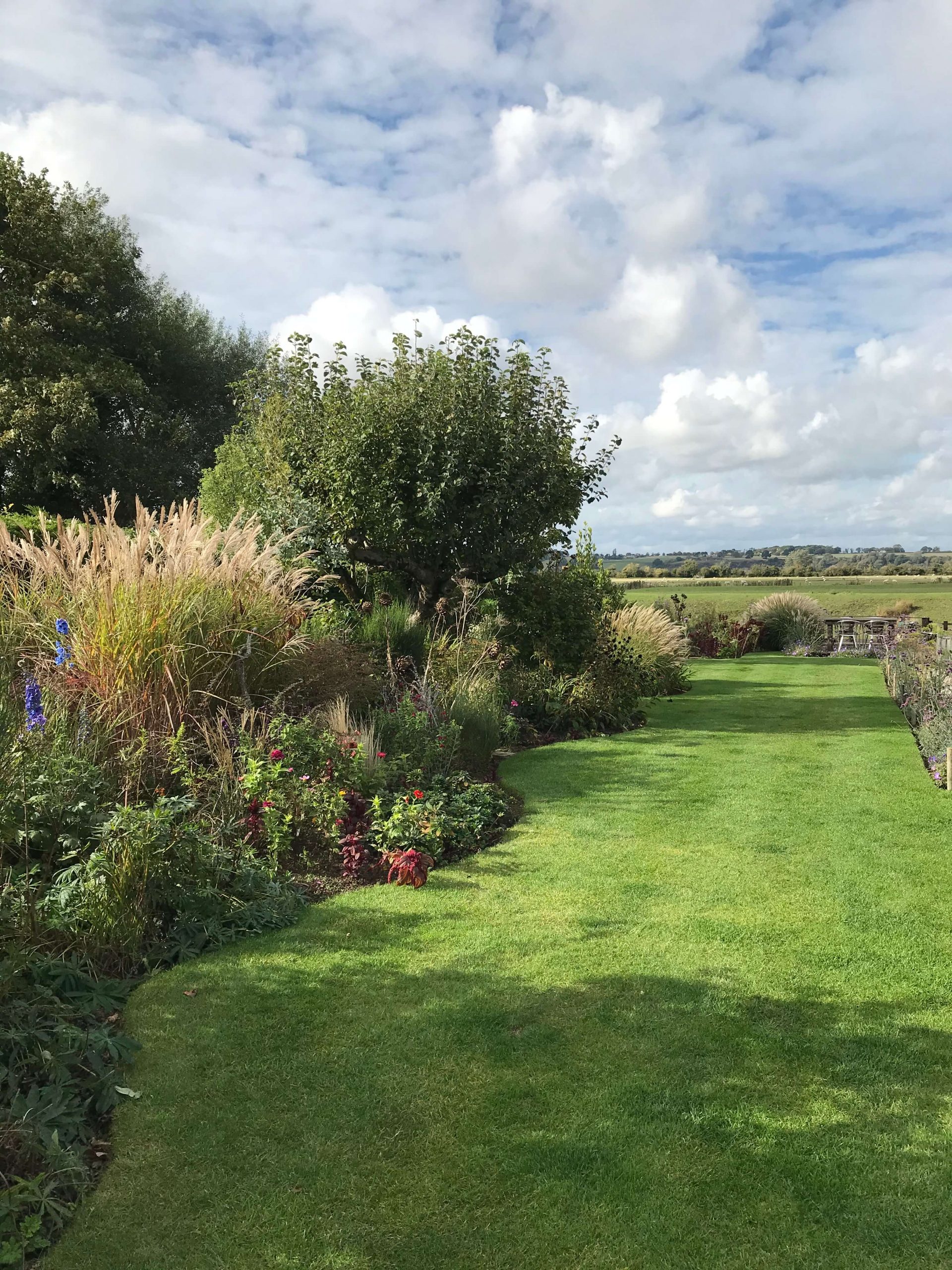 And it was time to say goodbye to the cutting bed. I was really hoping to stretch the cosmos out for a bit longer but the strong winds and rain we had recently took their toll and many stems were broken. There are still the salvia’s I planted which need a permanent home and loads of self seeding nigella which I shall leave. I will also scatter some other annuals as an experiment.

Hubby has cut the summer fruiting raspberries down, picked all the remaining tomatoes and removed the plants from the greenhouse. They have gone on the bonfire along with the cosmos, hedge trimmings and reeds. Anything else that gets cut down will go in the green waste bin. Below you can see all the canes cut down and net removed. The leeks and perpetual spinach are looking good in the back ground.

I am still dead heading the dahlia’s which should flower until the first frosts and finally the cafe au lait is gradually coming into flower – better late than never! Bit of a damaged leaf on the next stem! 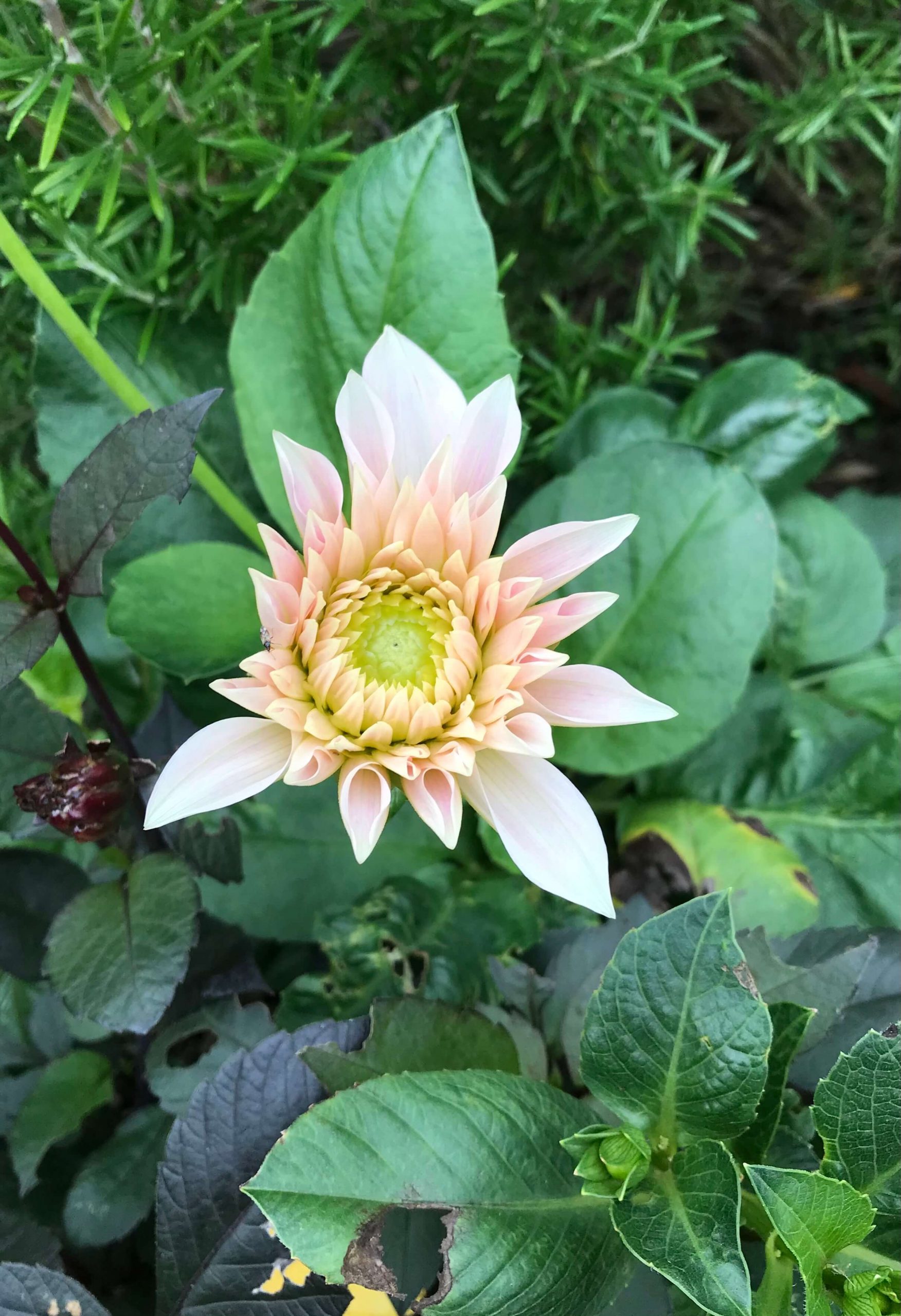 As plants die back and leaves fall we will be able to see more clearly the gaps and re assess what needs moving, dividing and replacing. So far I have lifted the helenium and discovered the reason for their poor performance this year – I think it is the Chafer grub which feeds on plant roots. I removed them all, divided the plant and re planted it in another part of the garden and a pot for good measure. Apparently when the soil has been disturbed it should encourage birds to find the grubs so keep the problem at bay. Fingers crossed.

I have moved an achillea which was under an apple tree, it flowered quite nicely for a couple of years but this year did not really get going. It was probably too dry and too shady. The skimmia too have a new home so on to the astilbe.

The Lady in Black aster is in full flower and so delicate with it’s purple/bronze arching stems covered in tiny pink flowers. So worth having to give colour at this time of year.

The apple trees have been thinned out to let more light in, it might mean sacrificing some fruit next year but it important for tree maintenance. Talking of maintenance, the greenhouse windows have been washed and it is now ready to have the benches put back in so I can start sewing seeds and be home to the dahlia plants I raised earlier over winter.

We are having strong winds again so we will have to keep on top of the falling leaves. I have decided to get rid of some of the crocosmia, the flowers in some areas are less prolific than the leave which are becoming a bit unsightly. This is particularly the case in the front garden where it they have got mixed in with rogue grass and just look a mess. So that area is all being cleared and will become the new home for a skimmia or 2 and possibly compact ornamental grass.

The clocks go back this weekend so the nights will be drawing in and it will feel even more autumnal and probably mean less time spent in the garden. There are still jobs to be done, mainly weeding, as plants die down or get cut back you can see what they have been hiding!

The weather is awful at the moment so not possible to get out and do those gardening jobs.

Next month I will plant those lovely tulip bulbs which have arrived. Until then here is this months bunch with viburnum, rosemary, grevillea, grasses, salvia and the last of the cosmos, dahlia and scabious. 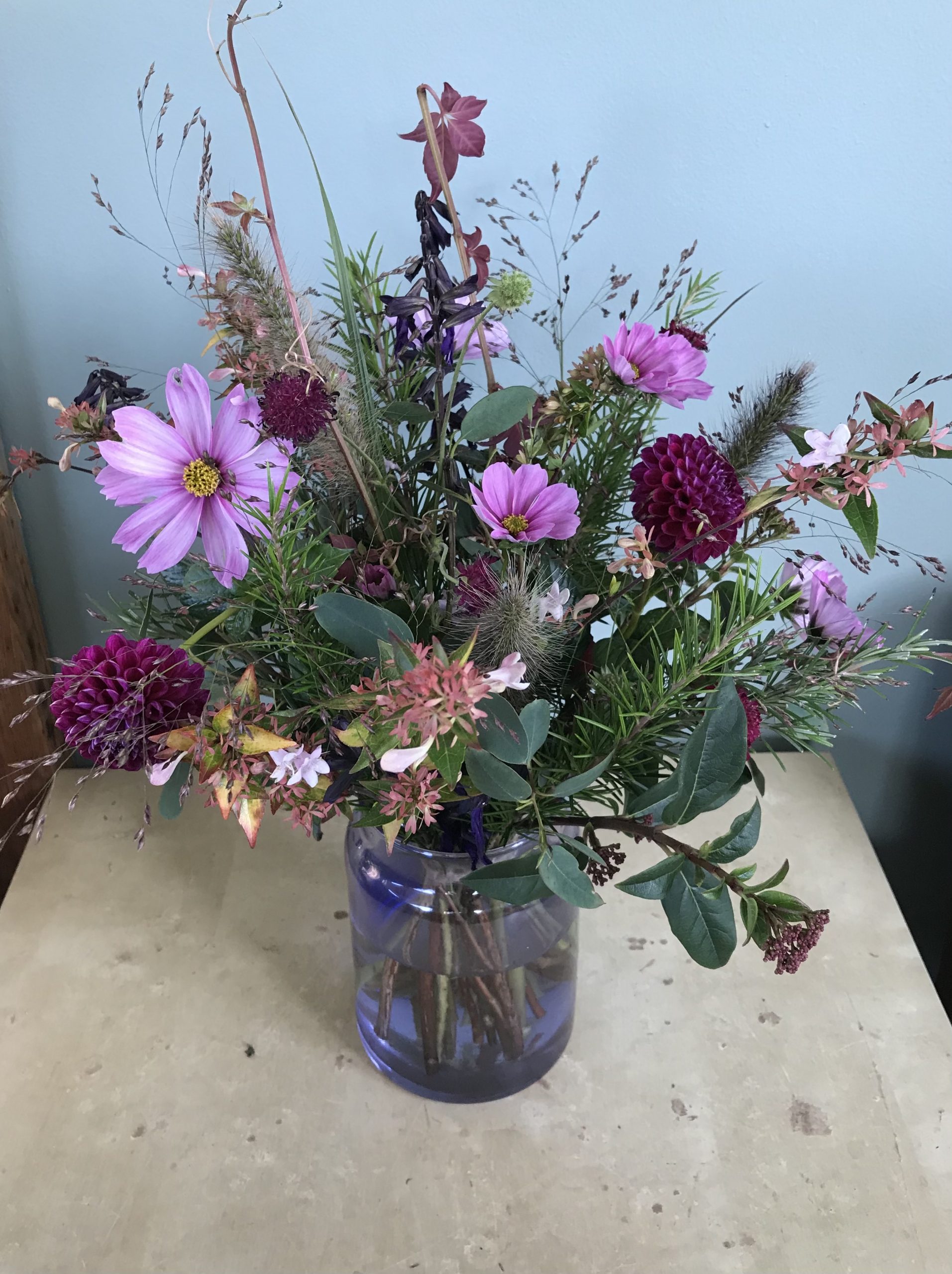